Skip to content
June 17, 2021 boudicaus
Islam is the cult and Moslems are the creatures cowed to by liberal western “leaders” and other Moslem apologists. Islam has no place in western society. Labeled as “the religion of peace” Islam is an evil cult of intimidation, subjugation, death and destruction. Nothing more, nothing less. Stand up. You have but 3 choices, stand up fight and defeat Islam, submission or death.

A young man accused of taking part in anti-government riots when he was a teenager has been beheaded in Saudi Arabia, despite a moratorium on the death penalty for minors.

Mustafa Hashem al-Darwish was arrested in May 2015 and charged with protest-related offenses, many of which occurred when he was 17. He 26, was decapitated on Tuesday in Dammam, a statement from the Ministry of Interior said. To add insult to injury, Mustafa’s family said that they had received no prior warning of the execution and only learnt of it when they read the official statement on Saudi state media.

Amnesty International, which had called for the execution to be halted last week, said Mustafa was “the latest victim of Saudi Arabia’s deeply flawed justice system which regularly sees people sentenced to death after grossly unfair trials based on confessions extracted through torture.”

The young man recanted his confession at his trial, explaining to the court that he had been tortured, but he was still decapitated.

As reported by the NGO Reprieve, in the last five years, Saudi Arabian authorities have repeatedly stated that they have abolished the death penalty for children.

Mustafa’s execution once again demonstrates that despite the Saudi Crown Prince Mohammed bin Salman’s claim of reformation, in this case that the Kingdom had eliminated capital punishment — which is normally done by beheading — for childhood crimes is not true. Such lies are undoubtedly justified from the Quran and hadiths:

In the Massacre of Banu Qurayza, Muhammad order the beheading of 600 to 900 adult men (determined by pubic-hair growth) and he himself decapitated some:

Other Minors Still on Death Row

The Kingdom of Saudi Arabia, has a chilling track record of using the death penalty as a weapon to crush political dissent and punish anti-government protesters — including children — especially from the country’s persecuted Shi’ite minority.

An infamous ongoing case is that of Murtaja Qureiris — now twenty — whose crime, when he was just ten years old, was throwing Molotov cocktails at a police facility in the eastern Saudi city of Awamiya, as part of an anti-government protest, and for attending the funeral of his brother, Ali Qureiris, who was killed in a protest in 2011. Murtaja was eventually arrested at the age of thirteen when he took part in Shia-led protests. After solitary confinement, he was charged joining a “terror group” and “sowing sedition.”

The same can be said of Ali al-Nimr who at the age of seventeen arrested on February 14, 2012, a few months after taking part in a pro-democracy rally in Saudi Arabia. He was sentenced to death, despite being a minor when he was arrested and following a deeply unfair trial based on “confessions” he says were obtained through torture. He was sentenced to death in May 2014, and, awaited ratification of his sentence by King Salman of Saudi Arabia, to be carried out by beheading and crucifixion (in that order). Saudi Arabia has admitted to the UN in writing that it sentences children to death, despite denying the accusation in oral evidence to the body’s child rights committee.

The Saudi delegation to the UN’s Committee on the Rights of the Child said in 2016, that “the crime must have been committed by a perpetrator who is an adult at the time in order for them to be sentenced to capital punishment.” According to the delegation’s oral evidence, “the age of liability is always eighteen” in Saudi Arabia. However, in written evidence to the same committee, the Saudi delegation confirmed that children as young as fifteen can be sentenced to death in the kingdom while illegal under international law. faithfreedom.org read more 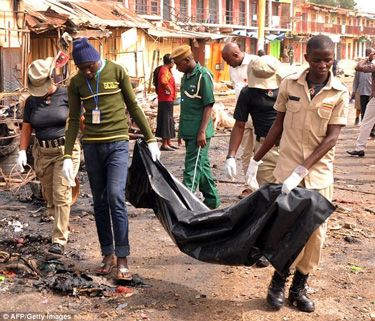