I had my video Islam we are at war 001 removed and labeled as hate speech on a few social media/ video platforms. Meanwhile Jihad and genocide of Christians and other non Moslems not only runs rampant but this evil cult of intimidation, subjugation, death and destruction is pandered to and praised by lily livered “elected leaders” such as election thief Joe Biden. Wake up people. Your choices are few. Stand and fight (defeat Islam), submit or die.

The Jihadist Genocide of Christians in Nigeria Intensifies

What several international observers have for years characterized as a “pure genocide” of Christians in Nigeria has reached new levels.

Since the Islamic insurgency began in earnest in July 2009 — first at the hands of Boko Haram, an Islamic terrorist organization, and later by the Fulani, who are Muslim herdsmen also radicalized and motivated by jihadist ideology — more than 60,000 Christians have either been murdered or abducted during raids. The abducted Christians have never returned to their homes and their loved ones believe them to be dead. In addition, in the same time frame, approximately 20,000 churches and Christian schools have been torched and destroyed.

Some of these findings are documented in an August 4, 2021 report by the International Society for Civil Liberties and Rule of Law, also known as “Intersociety,” a nonprofit human rights organization based in Nigeria. Although the entire report is worth reading, a few notable excerpts follow: GATESTONE INSTITUTE read more

How Bad Is the Taliban?

How bad is the Taliban? Graphic video footage shows Afghan men clinging to the side of a U.S. Air Force jet to escape the Taliban. David Wood discusses the issue.
August 18, 2021 boudicaus

Taliban Jihadis Seizing Girls as “Spoils of War” in Afghanistan

As U.S. troops leave Afghanistan, Taliban jihadis are going door-to-door in the cities and towns they conquer, taking women and girls as “spoils of war.” Experts say that Kabul could fall to the Taliban in the next month. David Wood discusses the issue.
July 22, 2021 boudicaus

“9 Shocking Facts From the Quran” DEBUNKED 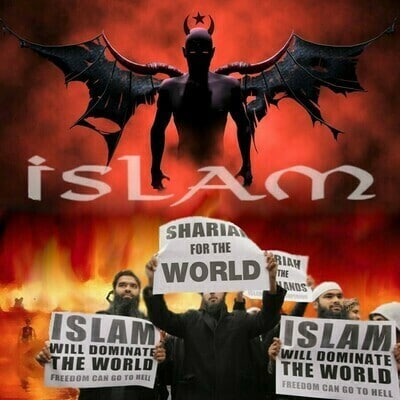 Muslim Child at Islamic Summer Camp: ‘Hitler Left Some Of You Alive On Order To Show Us How Wicked You Are’ – Geller Report News

Thank goodness for the ‘Palestinians’! How else would we know what Hitler was thinking?

The Sharia and the US Constitution

One of the ways to understand the Sharia is to contrast it the US Constitution. More and more Muslims are being elected to political offices. Every candidate (Muslim and Kafir) should be asked the questions found in this video.
July 3, 2021July 3, 2021 boudicaus

Mila Foresees Her Islamic Execution: ‘I Will Be Burned to a Crisp, My Leg Blown Off, or Dead’

A 16-year-old girl could not critique Islam without being threatened with rape, slaughter, or decapitation in Islamized France; she is out of school, under 24-hour police protection, and isolated from society. continue reading:

SCOTLAND: For the umpteenth time, Islam is NOT a race, therefore, hating Islam is NOT ‘racist’
What’s more, there is no such thing as ‘Islamophobia.’ A phobia is an irrational fear, and there is nothing irrational about fearing a hateful and violent ideology. That said, if …