Wherever islam digs itself in, it goes badly

Rumble — French Viscount: “Wherever islam digs itself in, it goes badly”

A pro-Islamic State (ISIS) outlet released a 6-minute video in Arabic with English subtitles, titled “The True Muslims’ Life,” envisioning a utopian Muslim world in which borders are erased and all Muslims live under a flourishing caliphate which enforces shari’a. The video blamed the “Crusaders” and the “apostate states” in the Muslim world for spreading Western morals and stunting the economic and cultural progress of the Muslim world. It argued that that these regimes be toppled only through jihad, and only then can this utopia achieved. Interestingly, the video envisioned Jerusalem as the future capital of the caliphate, a Hizb ut-Tahrir idea which ISIS has never endorsed. More at…

Biden, an empty suit with empty words and empty actions. The democrat party and all who voted for Biden bear responsibility for the Joe Biden clusterfuck in Afghanistan.

This is the face of Islam. Not the sugar coated “religion of peace” pushed by liberal Moslem apologists. Islam, an evil cult of intimidation, subjugation, death and destruction for 14 centuries.

Following the Taliban takeover of Kabul, US officials there gave the Islamic extremist group the names of American citizens, green card holders and Afghan allies so they could be allowed to enter the Taliban-controlled perimeter around Hamid Karzai International Airport, according to Politico.

The decision reportedly was made despite the Taliban’s notorious reputation for brutally executing Afghans who helped the US military and other Western forces during the war and occupation that followed the Sept. 11 terror attacks. Geller Report
https://gellerreport.com/2021/08/warning-graphic-video-bidens-taliban-partners-stage-mass-executions-to-shouts-of-allahu-akbar.html/

The Taliban’s Conquest of Afghanistan

The Taliban, an Islamist organization has just taken over Afghanistan and turned it into the Islamic Emirate of Afghanistan. Here is what I think about that.
July 22, 2021 boudicaus

Nigeria: Muslims kidnap 150 Christian schoolchildren from boarding school
ICN reports that the children who were kidnapped were Christians. For over a decade, Boko Haram has “ravaged the northeastern part of Nigeria and around Lake Chad.” Last year, Boko Haram kidnapped…

ICN reports that the children who were kidnapped were Christians. For over a decade, Boko Haram has “ravaged the northeastern part of Nigeria and around Lake Chad.” Last year, Boko Haram kidnapped over 300 boys in Western Nigeria. So far this year, Boko Haram has committed seven mass kidnappings in Nigeria. Nonetheless, the world remains virtually silent so as not to offend Muslims. Children have been murdered, used as sex slaves, and forcefully recruited as child soldiers.

The seizure of Infidel girls and their use as sex slaves is sanctioned in the Qur’an. According to Islamic law, Muslim men can take “captives of the right hand” (Qur’an 4:3, 4:24, 33:50). The Qur’an says: “O Prophet! Lo! We have made lawful for you your wives to whom you have paid their dowries, and those whom your right hand possesses of those whom Allah has given you as spoils of war” (33:50). 4:3 and 4:24 extend this privilege to Muslim men in general.

Jihadists have not only been recruiting children as soldiers and suicide bombers in Nigeria, but also in Cameroon, Niger and Chad. 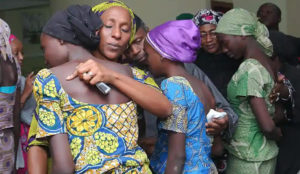 Gunmen have kidnapped around 150 schoolchildren from a boarding school in north-west Nigeria.

The gunmen stormed Bethel Baptist High School in the early hours of Monday, shooting sporadically as they kidnapped the students, police spokesperson Mohammed Jalije has said.

RAIRFoundationUSA Published March 23, 2021 57 Views
Rumble — Dr. Gad Saad, who escaped Islamic persecution in Lebanon and whose parents were kidnapped in Beirut refuses to stay silent or bow to the politically correct mob: 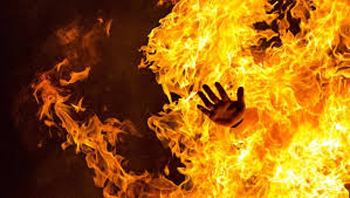 On This Day…
Feb 27, 2004: Rafah, Egypt
A young man is tortured and then burned
alive by Religion of Peace proponents: 1 Killed
February 26, 2021 boudicaus 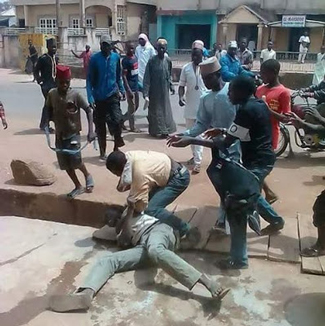 On This Day…
Feb 26, 2018: Kasuwan Magani, Nigeria
Christians are hunted down and killed for trying to rescue
two girls from abduction and forced conversion: 12 Killed